So what is Cyberstalking? 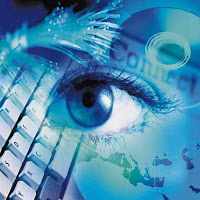 It is well accepted amongst anti-stalking professionals, government agencies and the criminal justice system, that cyberstalking now forms a part of almost all “traditional” stalking cases.

Incidents of cyberstalking comprise traditional stalkers who also use cyber or digital means of tracking, intimidating, threatening and harassing their prey.

Cyberstalking however also opens the door to perpetrators whom without nameless/faceless means such as the Internet, mobile telephony and social media platforms, many otherwise be too cowardly to conduct a physical stalking campaign.

Sadly, the incidence of cyberstalking is growing particularly rapidly amongst our youth.

Cyberstalking is sometimes described as cyber-harassment or digital-stalking.

Cyberstalking is also a form of cyber-bullying.

Cyberstalking can include gaslighting.

The use of the Internet or other electronic means to stalk or harass an individual, a group of individuals, or an organization. It may include false accusations, monitoring, making threats, identity theft, damage to data or equipment, the solicitation of minors for sex, or gathering information in order to harass.

The definition of "harassment" must meet the criterion that a reasonable person, in possession of the same information, would regard it as sufficient to cause another reasonable person distress. Cyberstalking varies from spatial or offline stalking in that it occurs primarily through the use of electronic communications technology such as the internet. However, it sometimes leads to it, or is accompanied by it. Both are criminal offenses. Cyberstalking shares important characteristics with offline stalking. Many stalkers - online or off - are motivated by a desire to control their victims.

A cyberstalker may be an online stranger or a person whom the target knows.

A cyberstalker may be anonymous and may solicit involvement of other people online who do not even know the target.

Cyberstalking is a criminal offenses that comes into play under state anti-stalking laws, slander laws, and harassment laws. In the US cyberstalking conviction can result in a restraining order, probation, or even criminal penalties against the assailant, including jail.